Google have launched & released Google duo video calling app for HD video calls, which every android fanatics were craving from long time now. This will be huge step to leapfrog the success of apple’s facetime service. Since the introduction of facetime, people criticize google for not making direct video calling app between smartphone users, though google plus has the video call feature but it’s not so direct. 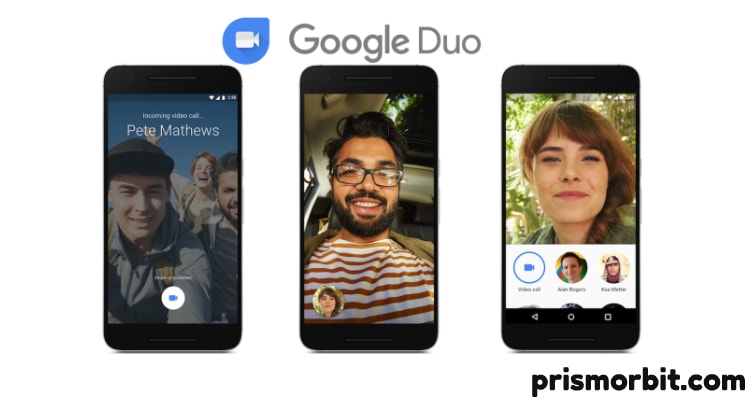 What google claim is, simple 1-to-1 video calling app which works regardless of mobile OS platforms. Yes google duo app is available for both android & ios devices. Google duo background of allo project, was announced in may, rolled out this week for android and iOS 9 in 78 languages. This certainly give competition to already established networks of facebook messnger and iMessage/facetime.

Observing from google duo app videos, you can see the google has followed the simple interface theory into user interface of the app. To use the app you just need the phone number for registration (no sign up) & next to pick any one of your contacts who has the duo app enabled. There is no google account integration nor any fancy stickers or anything. Just pick the contact dial up, screen goes full screen & if you miss the call you get the notification that’s about it.

Duo Knock Knock See The Video Before Pick up

This is different? Knock-Knock is the one highlights of google duo app. It allows the called person to see the callers video action on screen without even picking or accepting video call. This surely heads-up for recipient, what is call about beforehand so you can choose to pick up or let it go.
Duo video calling app, still require data network perhaps more speed than a audio call. In developing countries where data speed isn’t up to the game in every corner. Still whatsapp, the popular chat messenger is working on video call introduction in app. There is a little room for video calling app to replace the text/audio messages on smartphones.

So how far this app go? Remmber Allo (Google Chat & Android SMS) which is coming in upcoming quarter to revolutionize the communication industry according to google. All these years, google emphasize on integrating all communication methods into one google+ hangouts. are now looking to make up the ground with the introduction of google duo app. To reach the common people using smartphones, dividing the chat (allo) & video (duo) messaging apps seems the way forward for google.

Check the pre-register of Google Duo for Android and iOS here.

Interest in blogging, niche marketing & writing is been my passion.

Thank you for subscribing.

No Spam will be send, we respect your privacy & our reputation.